As a part of the sixth Device_art festival, exhibition “Machines Are Not Alone” curated by ZHANG Ga (US/CN) is fitted with cloud machines, irrigation machines, earth machines, and many other emotive devices and apparatuses. It roots itself in the local milieu and surroundings, and envisages a machinic ecology - a unity which endorses giving every thing its due place as equally significant and worthy with respect and care.

Devices are utility apparatuses; modern devices are mostly machines. The world is machinic: not only does its function depend on a network of machines but also the land, river, mountains, trees and animals are machines of some sort when seen from an operational point of view or an abstract sense of the word because they are systems of interconnected biospheres and technical milieus imbricated, intertwined, transversal and reciprocal as intricate as the relationship between humanity and thought, knowledge and freedom. It is not surprising that Deleuze and Guattari came to name everything as Abstract Machines in which systems, networks, milieus, environments, societies and cultures are all machinic existences, expressions and forms of actions. Most recently Eric Hörl gave the Abstract Machine a more adequate contemporary twist, his General Ecology now encompasses all that is under the sun, including computers and neurons, water and silicon, flesh and plastic, intelligentsia and panopticon, fundamentalists and financial capital, Accelarationists and Trump supporters, pessimists and optimists. Far from a mechanistic vision of dualism, this worldview of machines, apparatuses and devices is one that envisages a unity which endorses giving every thing its due place as equally significant and worthy with respect and care.

With this concept of machine and ecology in mind, we have much more to add to an exposition of devices, as systems, networks, milieus, natures of many orders and cultures of different kinds. For machines are operational rather than representational, they don’t need a spokes-machine to delegate needs, to represent rights. They are agential operatives full of energetic impulses, they are actants, as Latour would call them, they act and interact, quarrel and rejoice. In the comingling, they engender meaning and evoke significance in their working and making. Such is this Device_art exhibition’s attention: nature and culture are machines and machines are not alone.

“Machines Are Not Alone” takes on a conative suggestion that they might be proactive and sentient beings in their own right. Not implying a psychic or pan-vitalist illusion, to say devices are sentient suggests that they have their inherent autonomy. They display a futurity in the potential of their autopoesis that all machinic systems and networks harbor in their origin according to Gilbert Simondon. Machinic ecology is as machanological as organological of the co-individuation of human organs, technical organs and social organization, therefore machines are not alone in that they all work, operate and function with other machines, whether of their phylum or of other orders. “Machines Are Not Alone” also implicitly unveils a simple but evident theorem that all that is interdependent can only be tended to as such, so that a symbiosis of Heideggerian fourfold of the Earth, Sky, Mortals and the Divinities may through machinic mediation, come to a true realization.

The exhibition “Machines Are Not Alone” fitted with cloud machines, irrigation machines, earth machines, and many other emotive devices and apparatuses, moved by transportation machines and custom machines and activated by exhibition machines, workshop machines and audience and participation machines roots itself in the local milieu and creates interconnections with its immediate surroundings and umwelt logistically, ecologically and psychosocially. It maps out a machinic trajectory that transverses oceans and lands, places and sites; integrates climates and communities and adapts limitations and expansions for a resounding machinic chorus. Machines are not alone. 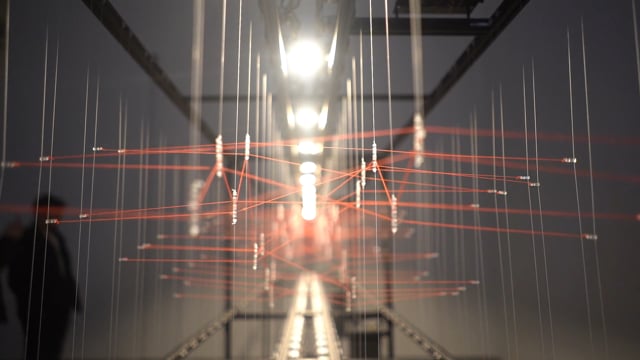 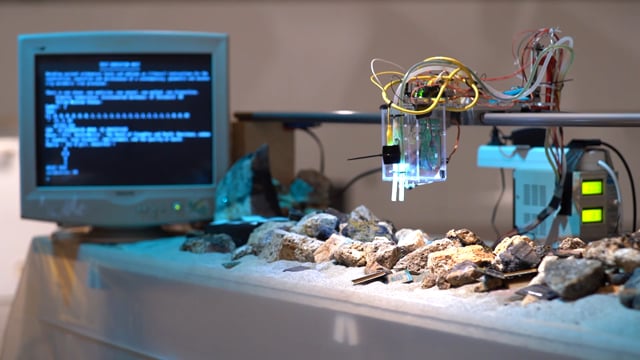 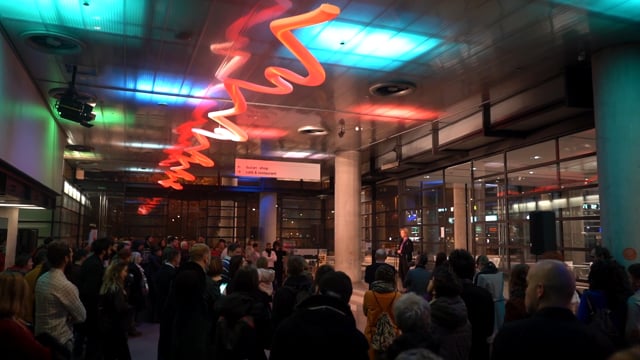